The Shamanism is intricately linked to all aspects of lifestyle and reverence towards nature. 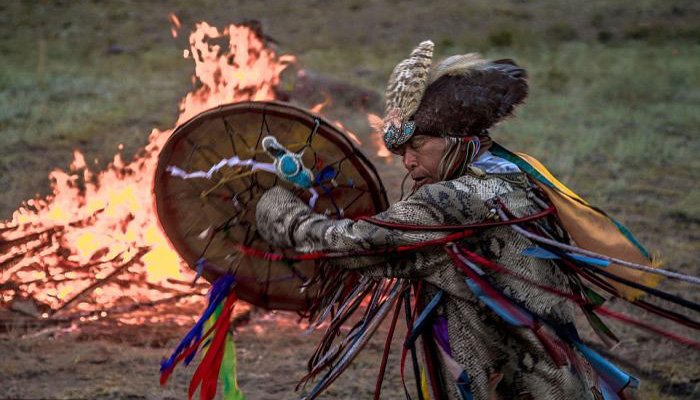 Mongolian shamanism, often called tengerism, is the oldest folk religion dating from ancient time or New Stone-Age during which it had been practiced by early people. It is also referred to the animistic and shamanic ethnic religion related to Tengerism. The Shamanism is intricately linked to all aspects of lifestyle and reverence towards nature. In other words, it was the first form of religion by which people spiritually do contact with their ancestors. The central element in this is constituted by the worship of the Blue Mighty Eternal Heaven

In the of first Mongolian empire /Hunnu/, people used to revere god of heaven, spirit of mountain, water and sun, moon. Because Mongolians believed that there exists guardian spirit around the world of nature watching us.
Mongolian shamanism is an extensive system of belief that includes medicine, religion, a reverence of nature, and ancestor worship. All that features were the activities of male and female intercessors between the human world and the spirit world, shamans (Бөө) and shamanesses (Удган). The shamans could be the ones selected and marked by own tribes and they act sort of instrument by which we can communicate with spiritual world and meet our ancestors or clan leaders who lived already hundreds of years ago. There are lots of curious facts about shamans. Even you can encounter with a young girl by the old shaman or old grandma via young boy.
According to the Shamanism, there are 99 tengers (55 of them benevolent or "white" and 44 terrifying or "black").